Colorectal cancer (CRC) is one of the most deadly cancers worldwide. Despite the introduction of targeted molecular therapies in the last 10 years, overall survival has not increased substantially. CRC progression is accompanied by numerous genetic and epigenetic alterations and dysregulation of several signaling pathways, among which activation of Wnt and inactivation of TGF-β signaling. The molecular heterogeneity of CRC, however, hinders the molecular subtyping of CRC and thus the identification of common biomarkers for this pathology. The only three well established biomarkers for advanced-colorectal-cancer drug treatment are negative biomarkers. These are mutations in the genes KRAS, NRAS and BRAF which determine resistance to therapy with anti-EGFR antibodies. YKL-40 is a chitin-binding glycoprotein that has been shown to play a role in extracellular tissue remodeling, angiogenesis, cell migration and inflammation. Increased serum levels of this protein have been detected in patients with CRC but the role of YKL-40 in this neoplastic disease has not been studied extensively and the precise function of YKL-40 in CRC progression is not known. In the present study we determined the KRAS mutation status and measured the mRNA levels of YKL-40 of 24 patients with sporadic CRC. In addition, we assessed the association between these two parameters by statistical analysis. We are the first to show that in CRC YKL-40 mRNA levels are dependent on the presence of KRAS mutations, being prominently elevated in the wild type background. Our results indicate the potential role of YKL-40 as a target molecule for CRC therapy.

More in this category: KNOWLEDGE, BEHAVIOUR AND ATTITUDES REGARDING HIV/AIDS AMONG UNDERGRADUATE STUDENTS IN AN IRISH UNIVERSITY » 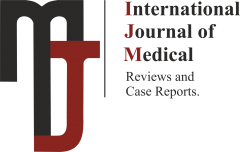